On the weekend, I went to a brand new music festival – The Burning Lantern Fayre – in St Fagans National Museum of History. Not only was it an exciting new festival in an unusual venue, but the line-up also looked good, with Tom Odell and Jack Savoretti headlining. There were also lots of acts that I’ve never heard of before (old favourites from the 80s), as well as new up-and-coming acts like Into The Ark, a duo from Blackwood (near my home town) who featured on The Voice UK. It was set to be an eclectic evening of live music with a relaxed, family-friendly and folky atmosphere.

We arrived fairly early and didn’t have to queue at all to park the car. On top of that, we didn’t really have to queue for long to get into the festival either, they had an efficient set up going on. It was a good start. The clouds had cleared up and the late afternoon sun was trying to come out in time for us to explore the festival. As we wandered into St Fagans (and past an old hut with a dinosaur tail poking out the door!) we soon found a hive of activity. The large stage was centred at the heart of the historical buildings that are dotted around the grounds of St Fagans.

I love St Fagans National Museum of History. I have visited numerous times over the years since I was a small child and it’s the kind of place that never gets boring for me. From Celtic mud huts to stone-built miners cottages, and a traditional bakery to a stately castle manor house, you can experience Welsh history through the ages as you explore 100 acres of parkland to your hearts content. I always enjoyed a trip to St Fagans. It almost feels like taking a step back in time. The various buildings, churches, schools and farms are well preserved and presented with traditional furnishings that depict the lifestyles from the time they were built. You can sample Welsh heritage, history and culture at St Fagans, tasting traditional baked bread in the village bakery, learning about how flour is made at the mill, strolling through the luscious gardens, finding out about Celtic weapons as you sit inside a mud hut, or adventuring forward in time in the futuristic house (which seemed space-aged when I was younger, but is rather dated now and I’m not even sure it’s still there!) I was long overdue a visit to St Fagans and the Burning Lantern Fayre was the perfect excuse!!

For a brand new Welsh music festival running for the very first time, the event organised by Orchard Entertainment was an unexpected sell out. St Fagans was packed with thousands of people who were as excited as me to be there. Into The Ark were in full swing on stage when we arrived. I like this duo (nothing to do with them being from the same area as me, honestly!!), they’ve got a unique and mellow sound that was amplified by the open air stage in the beautiful setting of St Fagans. I enjoyed their set as I queued for some food (always an important part of any event for me!)

The festival had promised a street food village, which admittedly was a little underwhelming when you’ve been to the Cardiff International Food Festival or Cardiff Street Food Circus like me. I was expecting some more artisanal, local traders to be there, as Cardiff has become home to a lot of unique and delicious gourmet food vans and cuisines from around the world. Although the choice of food was limited, the lure of fish and chips was hard to ignore once I’d smelled it! After queuing for quite some time, we found a quiet spot further away from the stage to sit down and enjoy our chips while The Shires and Martha Reeves and the Vandellas graced the stage. I didn’t know these acts and their sound wasn’t my cup of tea, so we took this as an opportunity to explore what else was on offer at the Burning Lantern Fayre. 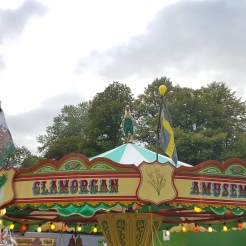 On the small green in front of the bakery, the bandstand had been set up as a secondary mini-stage. Adorned with twinkling lights, it looked magical as the evening was growing darker. Emerging acts played their sets on this stage, drawing a curious little crowd. Beyond the green, a traditional children’s’ fun fair had been created and pony rides were on offer. There was a Victorian-esque, vintage feel to it, with old-fashioned fair ground rides and candy floss. The Burning Lantern Fayre was really geared towards families with children, and there were lots of them there enjoying the event. There was even a section specially designed for children to learn and practice circus skills. I really wanted to have a go, but being 25 years young, I was a little outside of the age range (I’m sure I saw some adults having a go though!) 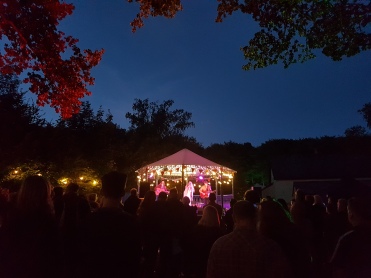 Back at the main stage, Jack Savoretti and Tom Odell made the festival for me. Although I don’t know their tunes as well as some other acts that I’ve seen in concert before, I knew I enjoyed their music on the radio and I thought they were both talented artists. Jack Savoretti’s gravelly voice sounded incredible live. It was easy to listen to and his songs were catchy and relaxing. Meanwhile, Tom Odell delivered his set with such energy and passion, it was contagious. My favourite song was “Another Love” – a song that everyone at the festival seemed to know and sing and dance along to, including me. His whole set was energetic and complemented by a vibrant light display to match. The music at the Burning Lantern Fayre was certainly worthwhile. It was the main reason I went to the festival and it didn’t disappoint.

All in all, I really enjoyed the Burning Lantern Fayre. It received some criticism, particularly for the stupidly long queues for the bar and food stalls. But at the end of the day, this was the first time they had ever run the festival. It was busier than I expected it to be, the music was fantastic and the atmosphere was relaxed and laid back. It was bound to be a learning curve, as hosting an event of that size at such an historic location is not an easy task, so I’m looking forward to seeing how they improve it next time around. The Burning Lantern Fayre was unlike any other music festival I’ve been to before, so I’ll certainly be keeping an eye on next year’s line-up! 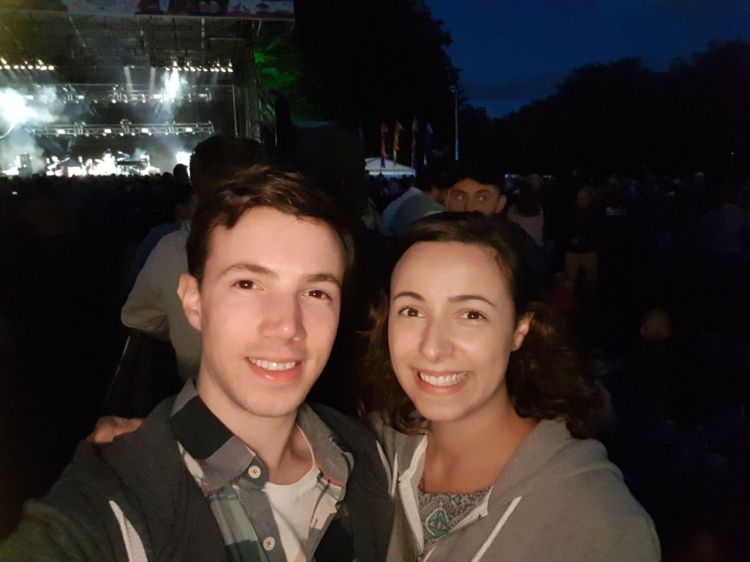