I love keeping fit. I probably don’t do half as much exercise as I should, but when I do, I try to make sure that I enjoy it. I’ve tried all sorts over the years, including running, cycling, circuit training, yoga, Pilates, dance, boxercise, climbing and more. I tend to enjoy things that are a little more out of the ordinary, so Tramshred Class and a Glass at the Tramshed in Cardiff sounded just like my kind of thing.

Tramshred was described as a dance themed exercise class – half workout, half dance party – and the session I attended was the “non-stop 90s RnB, old skool and anthems” workout. Being a 90s child, I thought this sounded like a bit of fun! With a live DJ on the decks and a qualified instructor leading the class, it was set to be a high-intensity, energetic and fun workout, with a bit of a throwback to my childhood and teenage years. The whole thing sounded even more tempting when described as “class and a glass”, which meant that we could enjoy a well-earned glass of bubbly prosecco following the workout session, with an optional brunch in the café too.

Tramshed is an exciting venue in Cardiff, but one that I am yet to explore, so I was excited to get there and see what it was all about. Tramshred was held in a dark room, which almost felt like stepping into a nightclub or a disco. There were flashing lights setting the scene and quite a crowd had gathered for the party. Lots of people had turned up in pairs or groups, but many had also attended on their own, and the atmosphere was friendly and welcoming with people of all ages getting ready to dance, squat, kick and punch in time with the music. 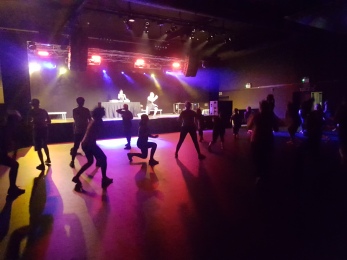 The DJ was poised and ready on the stage, the music started and then it all kicked off. The instructor was full of energy and enthusiasm as he talked us through kicking and punching routines which flowed in time with the rhythm of the RnB music, from the Black Eyed Peas to Beyoncé and more. Despite being described as a dance class, I felt that it was more reminiscent of a boxercise session, much to my delight, as many of my friends know that I lack the coordination required for dance routines. In fact, in the past I have tried various different dance exercise classes like Zumba and Batuka, only to find myself bumping into others and making a bit of a fool of myself. But there was no chance of this here! I love my boxercise classes and I felt right at home with the Tramshred routines! All we needed to take with us was a yoga mat and a good dose of energy to get us through the class. 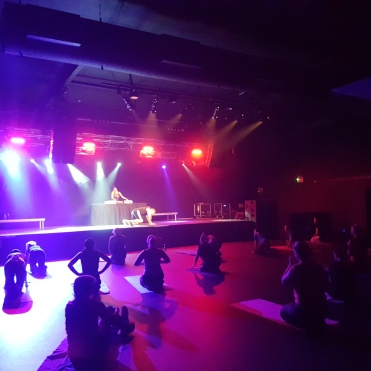 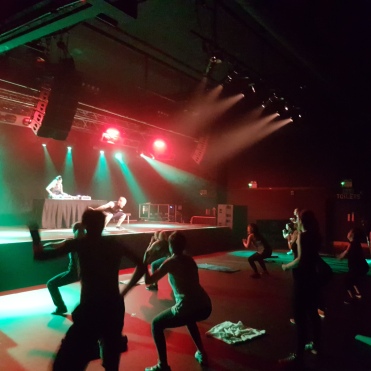 It seemed to start off fairly gently and I thought either I was much fitter than I realised, or it hadn’t got into full swing yet. The later was true. In no time at all, I was out of breath and sweating. This really was the energetic workout it promised to be, but above all, it was easy to keep up with the instructor and it was fun at the same time.  Despite getting jelly legs from doing so many squats, the class certainly made exercise fun, combining it with the feeling of being on a night out with friends. The class even finished off with a yoga-style cool down to help us unwind. And what better way to reward our hard work than with a refreshing glass of prosecco and a tasty brunch while catching up with friends afterwards. We nattered the morning away over prosecco, orange juice, protein pancakes, avocado, eggs and bacon on toast without feeling like the delicious brunch was undoing all our hard work. However, I knew full-well that I had afternoon tea lined up for the second half of my Sunday, but at least I knew I had worked for it! 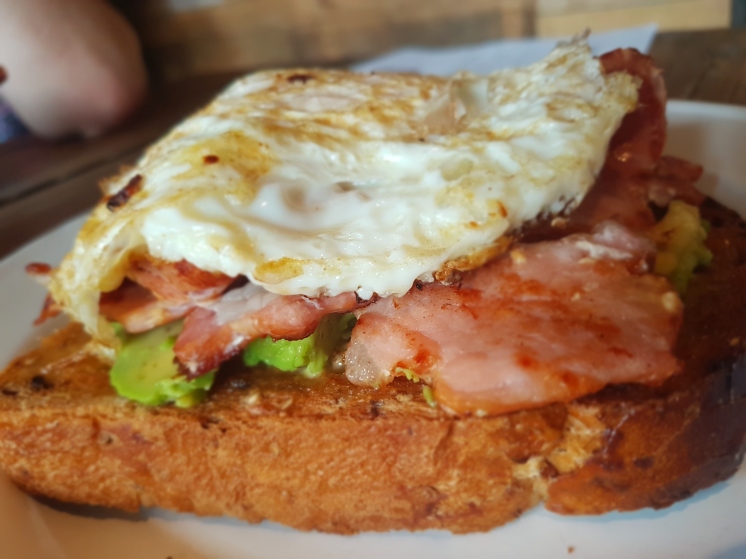 Tramshred continues on Sunday 13th August, with the next session – the Drum ‘n’ Bass Workout. So if you’re looking for an exciting and fun way to keep fit, I’d recommend trying it out!